Agriculture in the Wichita Economy 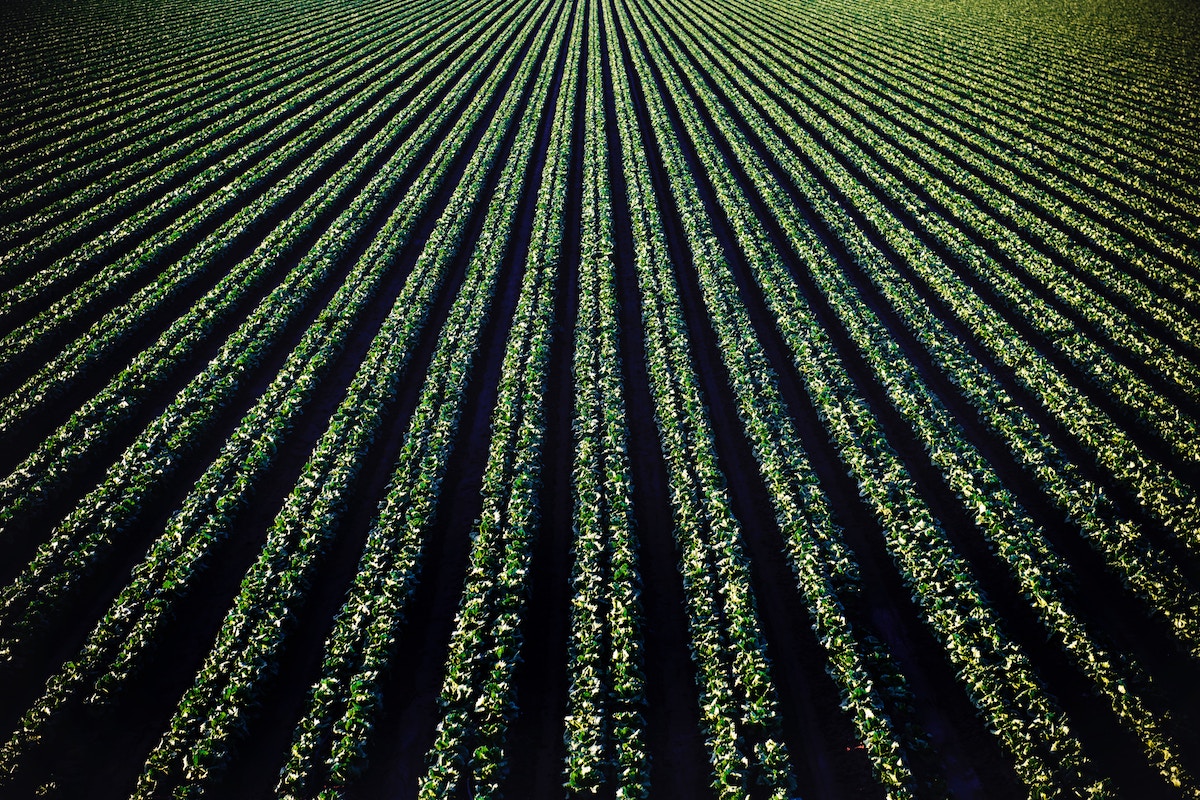 What is Wichita’s role in feeding the world? And how can we add value to the people working to ensure we have good, quality nutrition?

WICHITA’S ROLE IN FEEDING THE WORLD

Food is life, one of the basic human necessities. As one of the states that make up the breadbasket of America, the location of a significant piece of the Chisholm Trail, and a major player in American cattle drives, Kansas has a proud history of helping people meet this vital need.

"You look at civilizations, countries and communities â€” we’re really founded, first and foremost, on our ability to feed ourselves," says Anthony Seiler, executive director of the Sedgwick County Farm Bureau. "Agriculture’s role in providing for that is foundational."

Agriculture has changed dramatically over Kansas’s 150-year history, especially in places like Wichita, which isn’t much of a cowtown anymore. These days, the city limits hold more pavement and fewer fields.

What is Wichita’s current role in feeding the world? And how will it continue to evolve to add jobs here in the region and add value to the farmers and ranchers doing the hard work to ensure we all have the nutrition we need?

While growing crops and raising cattle may not be major activities in Wichita, Seiler says the stateâ€™s largest city does play a major role in value-added agriculture.

"These are companies that either sell inputs to farmers and ranchers, or do stuff with the products that they produce," he says.

Companies in this line of work include some of the Wichita region’s largest non-aviation employers. Cargill touches nearly every aspect of agriculture, and Koch Industries touches the input side with their fertilizer business. The farm machinery manufacturer AGCO Corp., located in Hesston just north of Wichita, employs about 1,200 people in the region.

"There’s a lot of those kinds of businesses, I think, that base out of Wichita as a regional hub, that then still have a world-wide reach," Seiler says.

In all, the Kansas Department of Agriculture estimates that agriculture in Sedgwick County has an economic impact of about $2 billion per year, supporting about 7,000 jobs. This comes out to about 9 percent of the regional economy.

There’s a lot of those kinds of businesses, I think, that base out of Wichita as a regional hub, that then still have a world-wide reach.Anthony Seiler

Seiler says Wichita’s agricultural roots really show when you look at the USDA’s agricultural census. Most recently, it stated that 75 percent of Sedgwick County land is still in use for agriculture. He doesn’t believe it’s actually an accurate assessment. He says developers will often leave their five-acre lots in some agricultural use while they’re on the market.

"I’m sure to make their tax issues better," he says. "There’s a fair amount of it."

While Wichita itself isn’t doing as much of the farming, it’s still a major hub for farmers across the South Central region. It’s a collision of rural and urban â€” farmers and non-farmers.

But a lot is changing for these farmers across the county and the state. And not all of it is positive.

THE MINORITY FEEDING THE MAJORITY

At the national level, as cities have grown, rural communities have shrunk. Today, there are fewer acres, fewer farms and fewer farmers.

In Sedgwick County, it looks a little different, perhaps because it is a more urban county. The number of farms has actually risen since 2012, along with the number of acres being utilized.

The bad news is that, despite the increased land use, there’s far less money to go around for farmers. Market value of products sold has decreased by 20 percent since 2012. Farm-related income has dropped by 29 percent. Net cash farm income on a per-farm average has dropped a whopping 55 percent.

Donn Teske, a fifth-generation dairy farmer and the president of the Kansas Farmers Union, says his farm barely survived commodity drops in the ’80s and still struggles today.

Many of the factors farmers worry about are out of their control, Seiler says. The most important are weather and commodity prices.

"You do the best you can to manage that risk and mitigate it, but you know, if there’s a hail storm in late May, there’s really nothing that you can do about it," he says. "It’s going to wipe out your crops."

This makes policies affecting things like crop insurance extremely important for those taking the financial risk to help feed the rest of the world. And with fewer farmers involved in production, lobbying for better policy has become a challenge.

"In a society where fewer and fewer people are involved in production, it’s a challenge to make that case for its importance and why we need it out here," Seiler says.

But that case has to be made â€” if not for the farmers themselves, then for the population that depends on their work.

THE FUTURE OF AGRICULTURE

The future of agriculture seems to be a moving target. With commodity prices steadily declining and the added challenge of export tariffs, farmers are in an ever-shifting battle for their livelihoods.

Teske says he’s seen a lot of changing in the industry since he began farming in 1973.

"I don’t know that I agree with the direction it’s went," he says. "It’s certainly contributing to the rural de-population."

Teske lives in Wheaton, Kansas, a northeastern town with a population that hovers around 100 people.

Teske says he has seen Kansas attempt to bring in larger, corporate dairies, which have taken the land and jobs of farmers in the area. Fortunately for Wheaton, it’s close enough to cities like Manhattan and Topeka to stay alive.

"We got a really nice town here in Wheaton with really good people," Teske says. "But there isn’t a single business left in town, and that’s a stark contrast to what was Main Street even in the 1980s."

I don’t know that I agree with the direction it’s went. It’s certainly contributing to the rural de-population.Donn Teske

Wichita is somewhat insulated from the problems facing truly rural communities. In a town like Wheaton, farming is one of the only viable ways to make a living. Without it, people are forced to find employment elsewhere. That employment is almost always in a city or, at least, a larger town.

"We’ve encouraged our youth that have the best potential â€” that are our best and brightest youth â€” to go to the city and make good money, and make a life for themselves and get the hell away from here," Teske says. "Well, that doesn’t build real communities, and it gets rid of our best and our brightest."

But these problems facing agriculture leave the door wide open for innovation and technology.

"I think the really obvious ones are probably on that support side," Seiler says. "You see some really cool, small companies that are … growing bacteria to either put on seeds to help improve soil condition, or put into waterways to help clarify ponds and streams, and stuff like that. Just really incredibly biotech stuff that’s going on."

Teske says there’s also an opportunity for Wichita’s aviation industry to get involved in agriculture as more farms are relying on drones and artificial intelligence.

"I could see a lot happening in the future as drones take over more and more of production agriculture," he says. "I could certainly see some melding there."

But regardless of what technology comes into play, Teske says he’s concerned about how much of that increased production will actually go into the pockets of farmers.

"Certainly, we’ll concentrate the wealth of agriculture and agribusiness into smaller and smaller channels," he says. "I don’t know that that’s very good for society."

Wichita is an urban city. But we have deep, generational connections to agriculture of all types â€” whether it’s commodity production, value-added agriculture, technology or policy.

Farming, ranching and living off the land is embedded in our heritage, and the health of agriculture is directly tied to the health of our city, our region and our world.