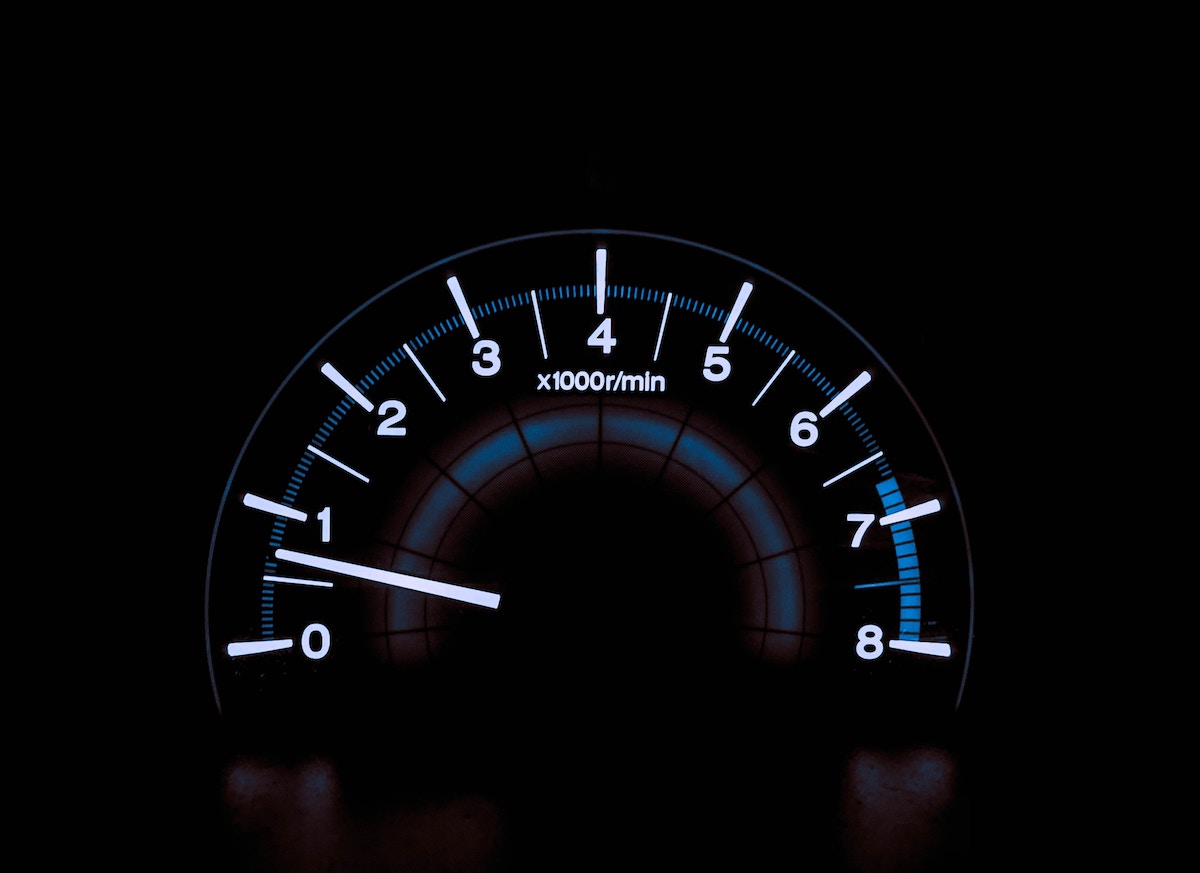 The role of startup accelerators â€” cohort-based programs like e2e or LaunchPrep â€” is more important now than ever before. See how they’re evolving here in Wichita.

It’s not a secret that when it comes to job creation, the future of the American economy is dependent on startups.

"They’re awesome â€” they’re the template," says Josh Oeding, president and CEO of the e2e Accelerator. "They take somebody from where they are and get them two years down the road in 90 days."

While they are essential, Oeding says it takes a lot more than an accelerator to truly excel in today’s startup world. Constant evolution and experimentation have to be part of the mix.

At the end of 2018, Oeding announced the launch of Accelerate Venture Partners (AVP), a network of early-stage investors. Now, he’s looking to fill yet another gap through corporate partnerships.

"Very candidly, we’ve got big gaps â€” and lots of them," Oeding says. "We just think that approach to that, when we observe other towns â€” where they’re moving the needle, is the [ecosystem] we’re laying down."

The next piece of the ecosystem is creating ways for startups and corporations to help each other through industry-specific accelerator programs.

Once a startup can count a major corporation as a backer â€” or even a customer â€” their world changes, Oeding says.

"You’ve added that next level of incremental value on top of the core accelerator program," he says. "We’ve got a really strong local business community. Within that, we have some leaders who are really emerging to push big, bold visions for the town and for their organizations."

These partnerships are built to help the startup by getting them in touch with not only capital but also the companies that play a huge role in the industry they’re impacting. At the same time, it also helps the corporation solve customer challenges through the latest technologies and ideas.

Todd Gentry, CEO and founder of HyperBorean, is a Wichita entrepreneur who has taken part in an industry-specific accelerator called the Cleantech Open, which is based in Los Angeles.

His company focuses on converting waste heat into cooling through portable, supplemental air conditioning units. Next year, Gentry will be piloting his units across the U.S. If the pilots go well, he can jump into commercialization and the next stage of funding, which will likely be helmed by connections he made through the Cleantech Open. 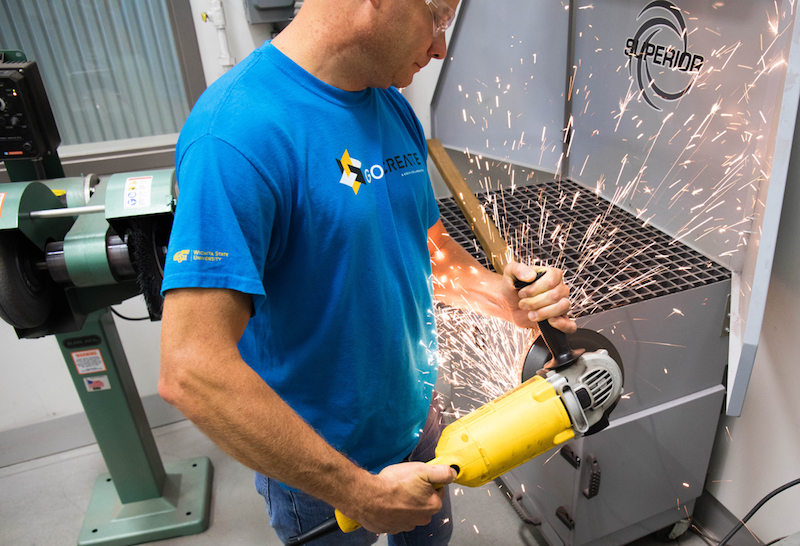 "It was really a spectacular way to start making connections in the cleantech world and then also begin the dialogue now with the companies like Bill Gates’ Breakthrough Energy Group, the Clean Energy Trust, Energy Foundry and many, many others that will potentially lead this upcoming round once we get the milestones of pilots in the field," Gentry says. "So it was an incredible opportunity for us."

On top of the Cleantech Open, Gentry is also now a part of Valley Ventures, another California-based accelerator program focused on cleantech, and a European-based accelerator that will allow him to see firsthand the innovations being made internationally.

I think just having the synergies of similar industries â€” obviously never identical â€” and the opportunity to react and work with people who are in your space, I think, is very powerful.Todd Gentry

"I think that’ll be a tremendous opportunity to connect into the European cleantech ecosystem and really start looking at the more global approach to how we’re going to commercialize," Gentry says. "I think just having the synergies of similar industries â€” obviously never identical â€” and the opportunity to react and work with people who are in your space, I think, is very powerful."

Even though HyperBorean is a Wichita-based startup, it harnesses resources from across the the world. This might have some Wichitans feeling defensive, but Oeding says it’s less about competing and more about finding a part to play within the ecosystem.

FITTING INTO THE ECOSYSTEM

The entrepreneurship ecosystem isn’t necessarily a competitive one, Oeding says.

"Ninety-five percent of the players in the ecosystem are open-book, open-source," he says. "They know what they’re doing is hard. Nobody is making gobs of money to do this. It has all sorts of really good intent of why they’re doing it."

As evidence for this, Gentry says the Cleantech Open is largely volunteer-run, pouring into companies from across the country for little-to-no monetary reward.

This open-source world can also be utilized for intel on what does and does not work. Oeding says creating those connections with other peer cities is vital to learning how to best utilize Wichita’s resources and get startups up and running without as much trial and error.

I think it would be more that we’ve got to get this established â€” that we’re a collaboration player in that game.Josh Oeding

With other cities already promoting themselves as hubs for things like agriculture tech, financial tech and advanced manufacturing, it’s important for Wichita to find out how they can fit into the current system without duplicating efforts.

"I think it would be more that we’ve got to get this established â€” that we’re a collaboration player in that game," Oeding says. "As opposed to going, ‘Oh, somebody already did the bank, or the aviation, or the ag, or the manufacturing. We shouldn’t. We should stop.’"

"There are so many puzzle pieces that exist in this," Oeding says. "If we have a startup here, we want to help introduce and build the networks for investment for them in other areas. We absolutely want to support a company that’s come out of LaunchPrep here to go to the pipeline program in Kansas City, which we have multiple entrepreneurs in. I think it’s more complementary."

Finding a competitive advantage is all about finding where Wichita deserves to win, says Mary Beth Jarvis, who joined e2e to launch the organization’s next phase, which will focus on building relationships with local industry.

One potential strength, Jarvis and Oeding say, is our city itself. It’s not too big, too small, too urban or too rural. It’s essentially a microcosm of just about any community in the U.S., potentially making it the perfect place to pilot new technologies.

"We could really make some headway to being the pilot capital of the world," Jarvis says. "This would be the place to test drive emerging or maturing, but not blown up yet, technologies â€” advancements that make banking easier and better in rural settings, in urban settings, that make manufacturing better, that make back office better."

It’s only legit if it authentically grows out of our strengths and where we deserve to win.Mary Beth Jarvis

This idea pairs well with the goals of corporations, which are often looking for new ways to engage customers and solve problems.

"A lot of times, those corporate leaders have near-term challenges that an entrepreneur that is at the early stages can help solve today," Oeding says. "They love it when you’ve got something they can go roll out right now."

First, Jarvis says it will take listening to what existing companies are needing â€” the problems they have today that could be solved through entrepreneurship.

"Listen to what communities and employers around Wichita â€” around the state â€” have as their challenges, or, as I would phrase it, their hopes," she says. "Does a regional bank wonder how their future can exist without ATMs that they’ve got to plant expensively all around? How do we make your smartphone all you need for your ATM, and make that easier?"

Answering these questions for local companies with solutions built by startups from across the country could not only create a better functioning economy here in Wichita but put the city on the map for any startup out there with a viable idea to solve a problem in just about any urban or rural setting.

But making this happen will take speed and a lot of listening. Oeding says other cities have already capitalized in areas in which Wichita likely had a right to win. If Wichita wants to capitalize on being the pilot capital, it has to act soon.

Planting this flag won’t just be about helping Wichita entrepreneurs, though. If it works, it could set the city up to be a hub for young companies across the country.

This isn’t just good for those companies. It’s also good for Wichita investors, who will have an opportunity to see next-stage companies before many others across the country. It also benefits Wichita corporations, which will be able to leverage new technologies before their competitors. Finally, it benefits the startups that are grown here. It puts Wichita on the map in a way that attracts attention, investors and, ultimately, much-needed dollars.