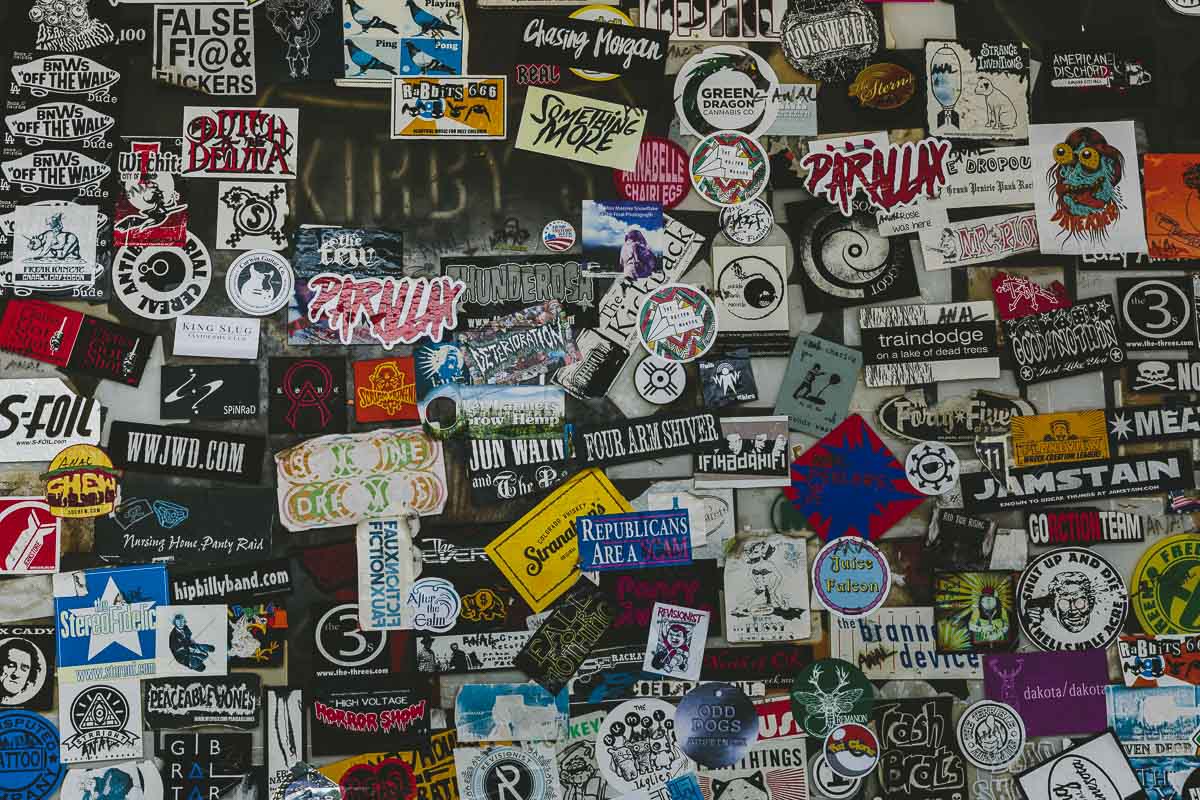 How can we as Wichitans offer our support to the musicians, artists and show promoters who help create the soundtrack to our city?

Just as music has changed, so has the way Wichita musicians share their art with listeners and audiences. But one thing remains the same: the difficulty of "making it" in a small, Midwestern city.

So how can we offer our support to the artists who create the soundtrack to our city?

EXPLORING THE SOUND OF WICHITA

Every city has a sound. Whether it’s West Coast hip-hop or Seattle grunge, the music we create subtly impacts our city’s image.

While not every musician works in the same genre, with the same instruments or with the same ideas, there tend to be common threads based on experiences and influences found in Wichita.

"I think that musicians in our community are able to vocalize the things that we all feel," says Kristyn Chapman, frontwoman for Cartwheel and guitarist for Team Tremolo. "We all understand what it is to live in Wichita, Kansas. And so, obviously, we can relate to that when they play." 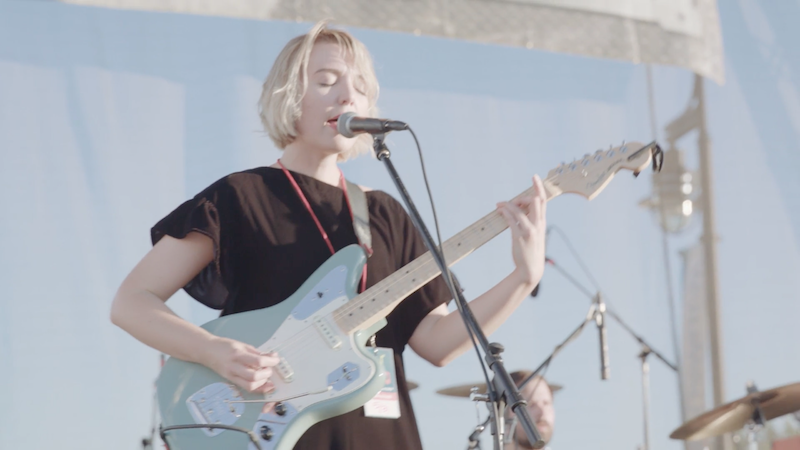 This "Wichita sound" might not be noticeable for those of us who live here, but Chapman says that is probably because we’re around it all the time. Wichita’s unique musical offerings might be clearer to outsiders.

I think that musicians in our community are able to vocalize the things that we all feel. We all understand what it is to live in Wichita, Kansas. And so, obviously, we can relate to that when they play.Kristyn Chapman

"It’s kind of how you’re used to how your own house smells, probably," she says. "You don’t realize it smells a certain way until you leave, and you come back."

Chapman has been a part of Wichita’s music scene for about 10 years, playing in many different bands. She also works full-time as a graphic designer and has lent that skill to album covers and concert posters.

In the past 10 years, a lot has changed for Wichita’s musicians, including new places to play and a better mindset of professionalism, says Jedd Beaudoin, host and producer for KMUW‘s Strange Currency, which airs regional and national music each weeknight on 89.1 FM.

"Not that everybody has to be so serious all the time, but to give it a real try and to realize potential — I think that’s phenomenal," he says. "I think people now go, ‘Oh, we can do this. We can earn money to buy a van to go on the road, and if we go on the road, then more people will hear us.’"

A lot of bands are able to do that in Wichita today because of the foundation built by those who came before. Ten years ago, bands with members under 21 were relegated to house shows, churches and underground venues that were quickly shut down by police.

It’s these DIY shows that created a more mainstream culture for today’s artists.

So who was behind these shows?

When Daniel Davis, Wichita musician and owner of This Ain’t Heaven Recording Concern, recalls his early days in the Wichita punk rock scene, he remembers being an outsider.

"When you went to those shows, it was a room full of people who know each other, but they all look like they shouldn’t know each other," he says. "Punk culture was exactly like that for me, especially being a black kid who was into weird music. There wasn’t exactly infrastructure in Wichita for kids like me." 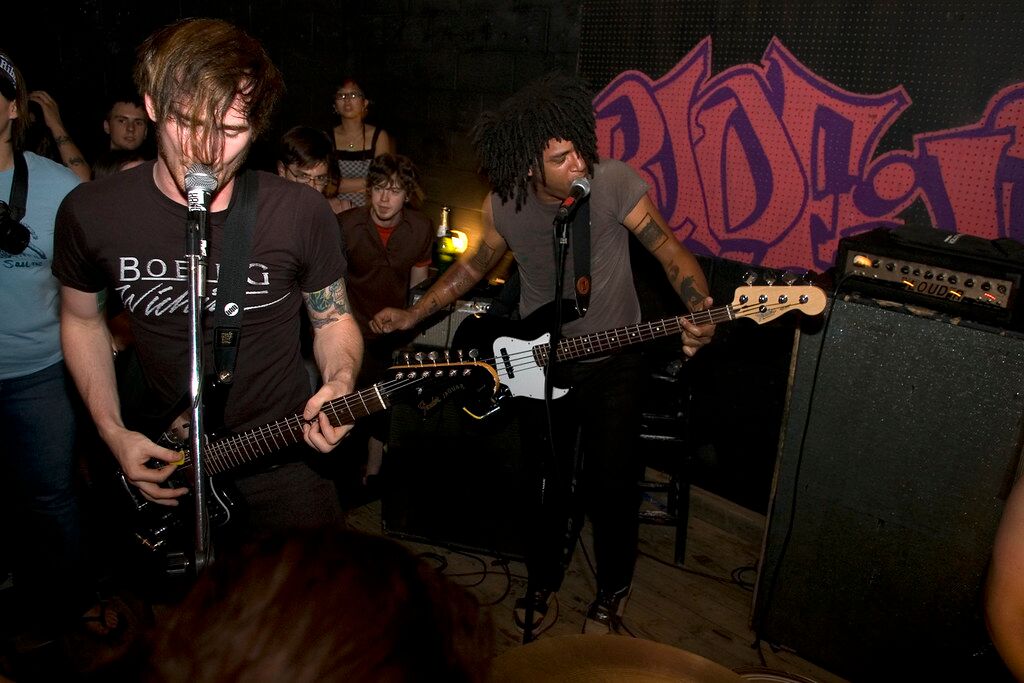 So Davis and his friends created new opportunities for the people like him who didn’t quite fit into mainstream Wichita culture. This led to Davis booking dozens of DIY shows in non-traditional venues like the Eagle’s Lodge, which, as a clubhouse for the Fraternal Order of Eagles, skirted alcohol laws designed for businesses. In 2004, Davis also founded ICT Fest, which has occurred annually since and is now run by Matthew Clagg.

Davis’s influence extends far and wide in Wichita’s music scene. Beaudoin even calls him one of the most influential musicians of his generation, particularly for his role in creating a space for young artists.

"Because remember, in 2003-2004, the liquor laws were not what they are today," Beaudoin says. "They were becoming less restrictive, but it was hard to find a place that served 80 percent food and would have live music, right? Because that was the only way you could get in if you were under 21."

That’s important because many of the most active Wichita bands today are under 21 — or were under 21 when they first started.

When you went to those shows, it was a room full of people who know each other, but they all look like they shouldn’t know each other. Punk culture was exactly like that for me, especially being a black kid who was into weird music. There wasn’t exactly infrastructure in Wichita for kids like me.Daniel Davis

"So when I first started playing, the places to play were bars pretty much," Chapman says. "[If you’re underage,] you have X’s on your hands, and you just feel kind of unwelcome. You don’t really feel like you’re allowed to be there because you’re not."

But creating these new spaces wasn’t easy. Davis remembers house shows getting shut down for virtually no reason.

"I mean, just on principle, they would’ve sent cops to tell us no," he says. "Not necessarily because it was wrong or because anybody was doing anything bad, but just because, what is it? It’s some kid thing. Is it someplace that is part of our infrastructure? Well no, that doesn’t exist. So the answer’s no."

Davis compares the music scene to the early skateboarding scene, which was also without official places to be.

"And now there are several skate parks in town, and skate culture has become more mainstream culture," he says. "You see the city change its relationship to that, and then, automatically, you see the quality of what the skateboarders actually want to do has improved because they don’t care about anything but going to ride skateboards."

With more city support for Wichita musicians, can we expect to see the same boost in quality for our music scene?

Music is an important piece of a city’s quality of life. Just like performing arts, athletics and any other entertainment offering, our city’s music says something about what it’s like to live in our city.

Local music is a particularly important tool for broadcasting what our city has to offer.

"I kind of think of artists as being ambassadors," Beaudoin says. "So if I happen to be in [Wichita] from Omaha and I go to a bar, and I hear this original band, … I take that back to my hometown and somebody hears them. They go, ‘Wow, that’s like real quality. Where are those people from? Well, they’re from Wichita.’" 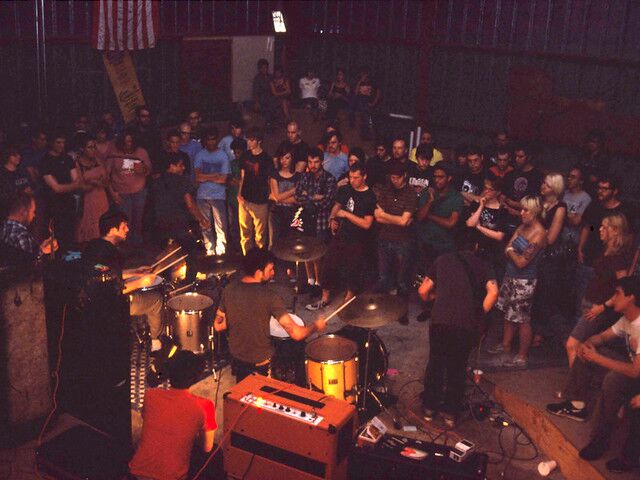 But our musicians aren’t just playing to crowds here locally. Even the smaller bands travel out of state, sharing the home-grown sound of Wichita.

"It’s kind of a snapshot of Wichita, Kansas, for other parts of the country," Chapman says.

So if Wichita’s musicians are its ambassadors to people and places far and wide, what can we do to support them? Chapman says there’s a hierarchy for that.

"Kind of just bare minimum, bands need places to play," she says. "They need people to hear the music. They need other bands to play with and to support them. Recording studios, screen printers, just kind of everybody that circulates around a band."

I kind of think of artists as being ambassadors. So if I happen to be in [Wichita] from Omaha and I go to a bar, and I hear this original band, … I take that back to my hometown and somebody hears them. They go, ‘Wow, that’s like real quality. Where are those people from? Well, they’re from Wichita.’Jedd Beaudoin

When artists don’t have what they need here in Wichita, they’ll seek it somewhere else. Davis says that was the case with an artist he worked with, Luwayne Glass, who performs under the name Dreamcrusher.

"As far as dark, heavy music goes, [Luwayne is] the most important young musician I’ve ever met or had the pleasure of being associated with," Davis says. "Now, Luwayne is a non-binary, vegan, straight-edge black kid playing noisy music with crazy, trancey dance music jammed into it. A minority within a minority, within a minority."

When Glass couldn’t get traction in Wichita, they went to New York City. Now, they’re featured in Vice, The New Yorker and Pitchfork.

"Don’t read interviews from Luwayne because there’s not a lot of positive stuff in there about Wichita," Davis says. "Wichita didn’t get [their] back."

Chapman says she has also considered leaving Wichita for larger markets, but the city keeps providing new opportunities to grow.

As long as Wichita can continue offering new experiences to local artists — and continues to listen to what they’re doing — those artists can continue representing us as a city.

But we have to reciprocate by going to shows, paying covers and investing in new artists and the work they put out.

"Even as good as things are, a lot of places, we’re in a position where we’re just alienating the artists, and musicians, and filmmakers, and poets, and writers," Davis says. "Everyone who can do something cool and creative is struggling here right now. Guaranteed. All of them. None of them are doing as well as they should or they could."

Let’s help them do better, for the betterment of our local arts and for the future of our city. Davis says, "Cities are never the cool thing. They’re places where cool things live."

Find a concert. Listen to local recommendations and music shows. Connect with local artists. Maybe even start a band or venue of your own. Whatever you do, our city will be much better off because of it.