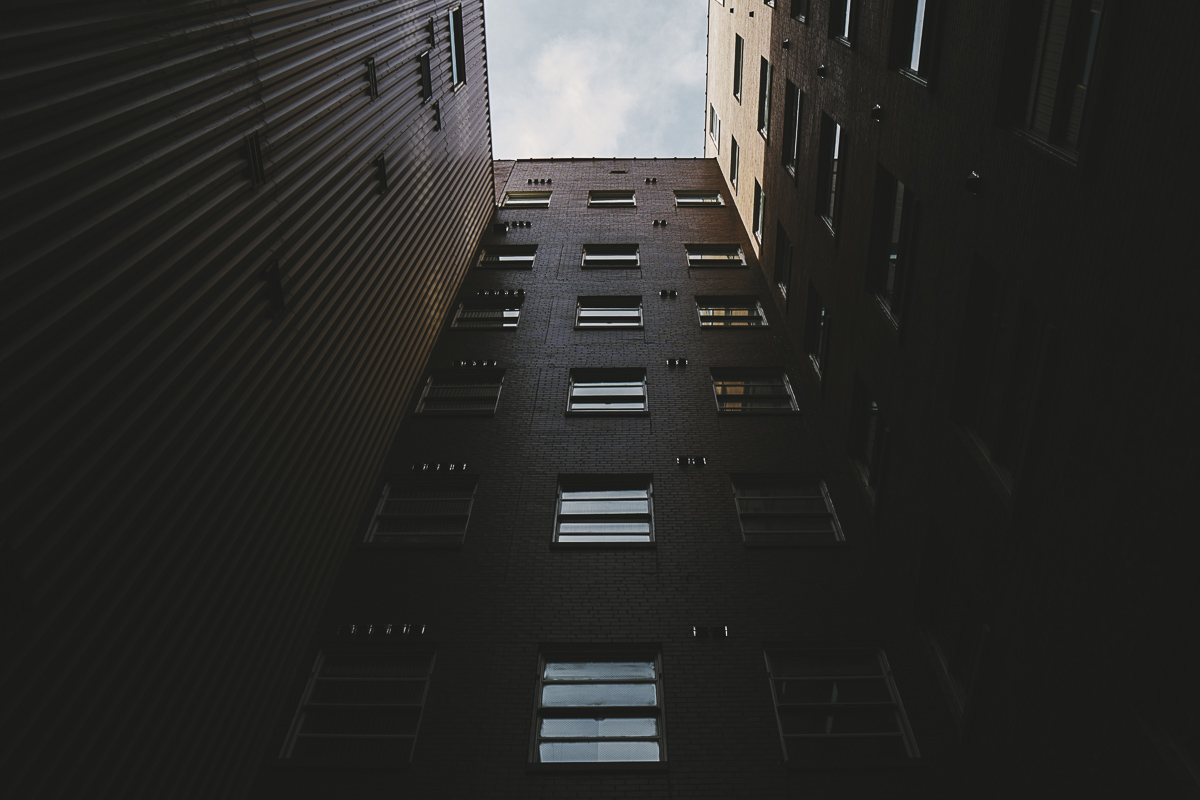 Whether in a small Kansas town or New York City, downtown areas are defined by density — both of amenities like shops and restaurants and people.

Whether in a small Kansas town or New York City, downtown areas are defined by density — both of amenities like shops, restaurants and entertainment and people.

"Downtown is really the heart of the community," says Scott Knebel, planning manager for the Wichita-Sedgwick County Metropolitan Area Planning Department, overseeing downtown projects. "Typically, downtown has the wants in a community — amenities that don’t exist elsewhere, … so it’s a community gathering spot."

"It’s where you go to the big festivals, or the big concerts," Knebel says. "That’s the real critical piece to it … that downtown should offer something for everyone so that everyone has an interest in downtown."

Creating density is what every downtown strives to do. For some cities, that’s easier said than done.

That leads us to the two main factors of density: the number of people and the area those people have to fill. In Wichita, we’re low on people, but not on space.

"We have a much larger downtown than most downtowns in the United States," says Michael Ramsey, manager and vice president of Bokeh Development, which develops and manages properties including The Lux, Broadway Autopark Apartments and Revolutsia. "We’re expanding things downtown a little bit, so we’re diluting density." 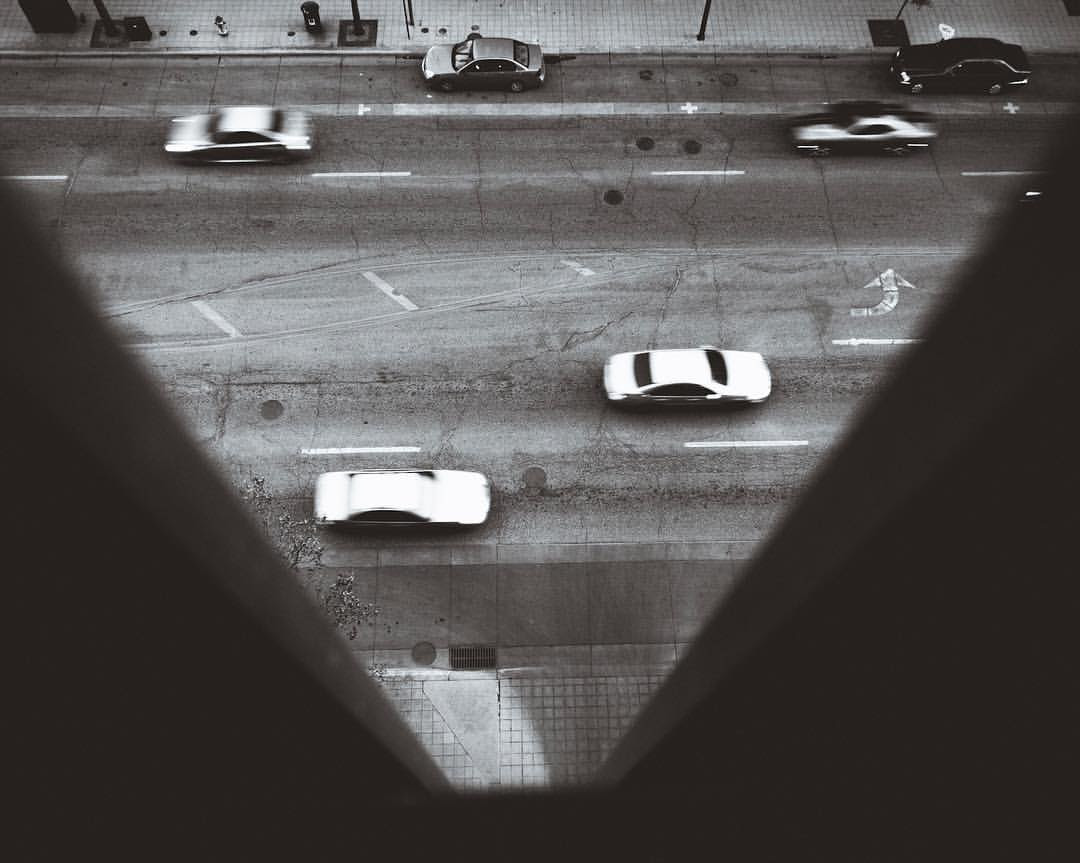 Officially, downtown Wichita is bound by Sycamore on the west, Washington on the east, Kellogg on the south and Murdock on the north. But these boundary lines blend seamlessly into Delano to the west and the Douglas Design District to the east — which then blends into College Hill, meaning downtown is perceived to be even larger than it actually is.

And even by its official parameters, downtown Wichita is large. In all, it’s about 1.4 square miles. To put this in perspective, Chicago’s Central Business District is only 1.6 square miles, and more than 300,000 people work there.

We have a much larger downtown than most downtowns in the United States. We’re expanding things downtown a little bit, so we’re diluting density.Michael Ramsey

What this lack of density means in practice is that to experience all of what downtown has to offer, you’re probably going to need transportation.

"Probably our biggest challenge is that [downtown Wichita] is so physically large that the distances from one destination to another are greater than a lot of people want to walk," Knebel says. "Even when we do projects that do increase the density in one place, we tend to decrease it in a very nearby place to provide more parking." 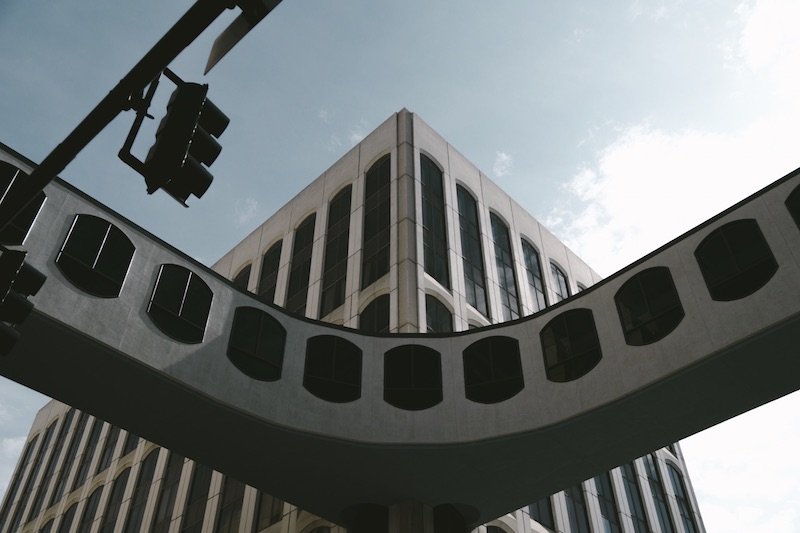 Ramsey, who began his career in orthopedic surgery, says when he started work as a developer, he wanted to create a city his children would want to live in — even after moving away to cities like Washington, D.C., Atlanta or Chicago.

His children traded in their cars for public transportation and walkability. For them, more dense, walkable spaces are a big part of creating a desirable city.

"There are dozens of things to do in Wichita, but the experiential elements that they had been exposed to were certainly different," Ramsey says. "Especially from the standpoint that all of them were living a very urban lifestyle with downtown apartments."

Wichita’s downtown has grown to provide living spaces for those seeking a more urban lifestyle. But that’s only one piece of the puzzle for creating density. We also need to be creating more demand for downtown offices and retail spaces.

FILLING IN THE GAPS

Through Bokeh Development, Ramsey has helped fuel much of the demand for downtown living — first with the Zelman and the Renfro, and later with the Lux and Broadway Autopark Apartments. 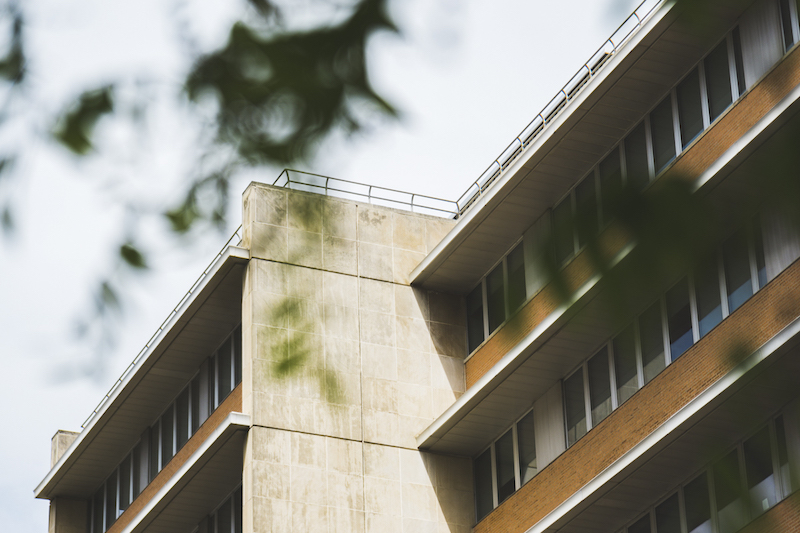 All of these dvelopments are mixed-use, meaning they offer not only residential, but also office and retail spaces. The fact that apartments were the first to become popular is somewhat rare, Ramsey says.

"When downtowns are revitalizing, it’s usually retail that comes in first," he says. "Then housing comes in, and then finally offices come in. Here, it was totally flipped upside down."

To show just how many living spaces there now are in downtown Wichita, here’s a map from the 2018 State of Downtown Report: 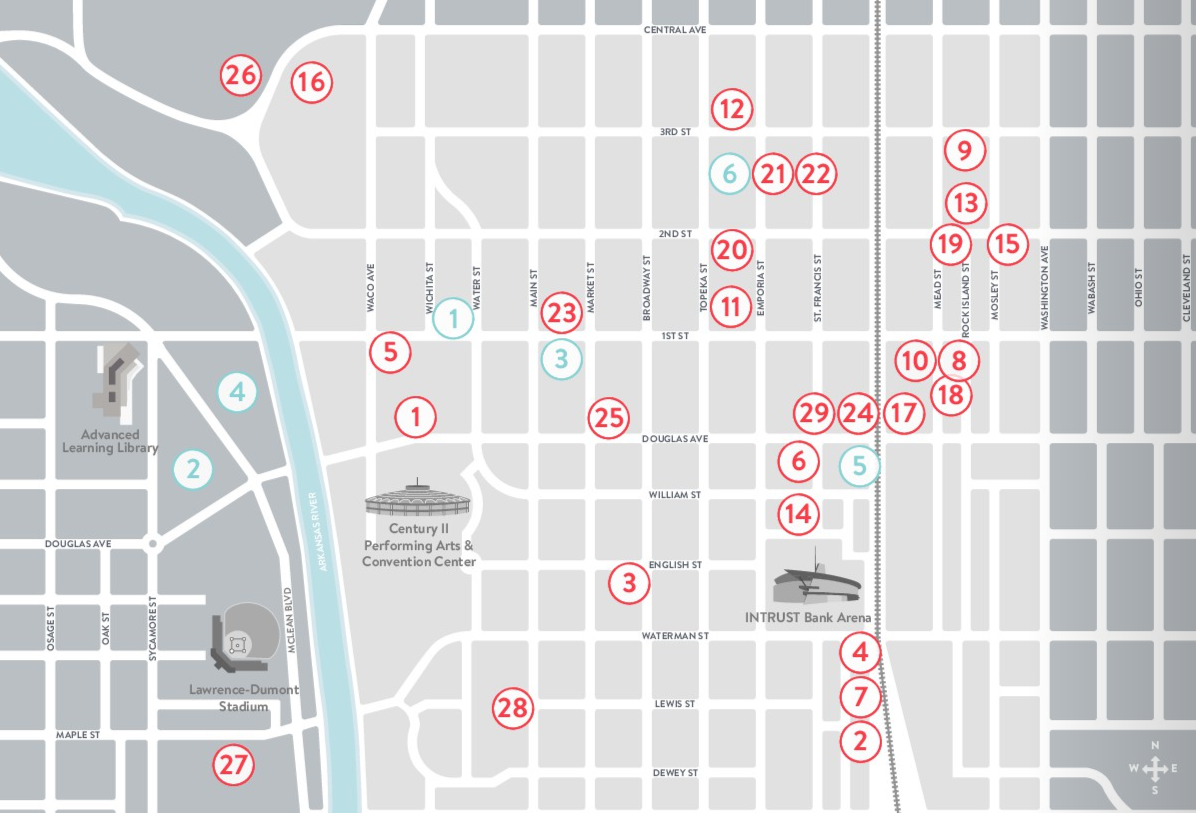 To contrast, here’s a map of offices in downtown Wichita: 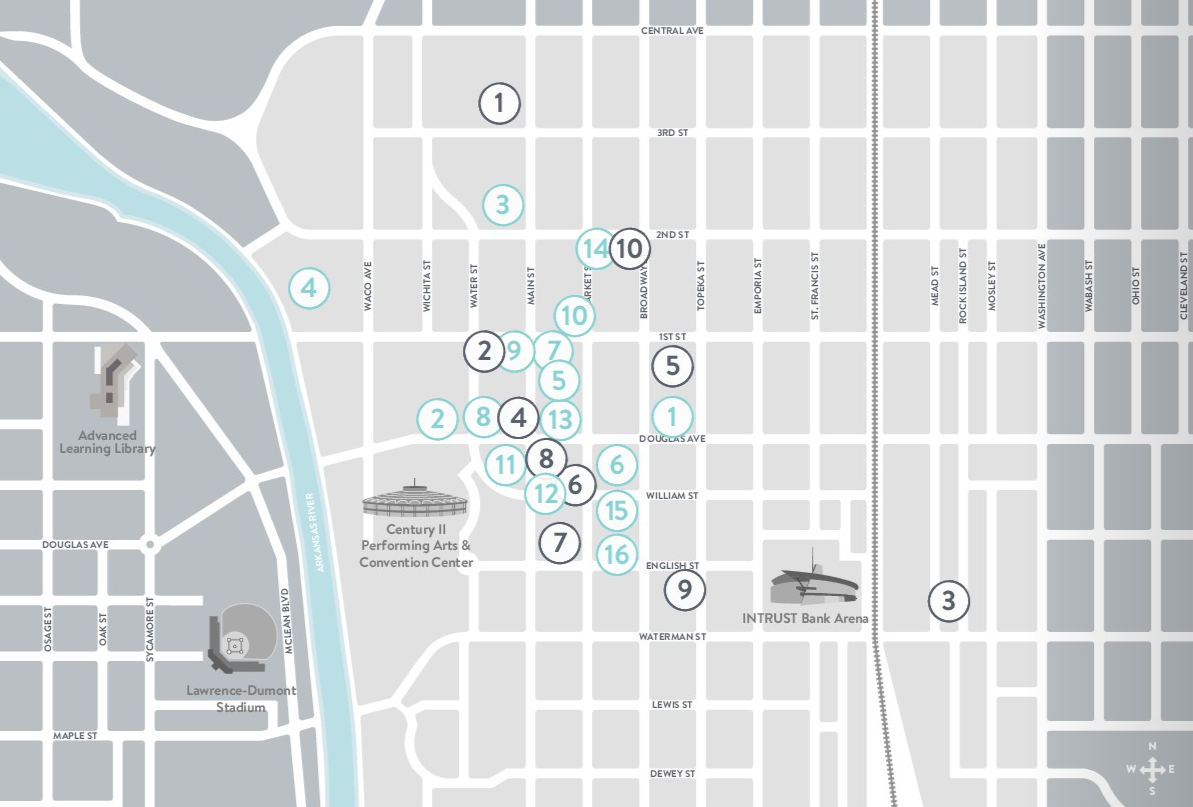 "You get extended hours if you have the dining and nightlife, but that’s typically only on the weekends," he says. "It creates that 18-hour environment in the downtown that you really need for it to be a successful, thriving district. You don’t get that if you don’t have the residents."

When downtowns are revitalizing, it’s usually retail that comes in first, then housing comes in, and then finally offices come in. Here, it was totally flipped upside down.Michael Ramsey

That being said, office and retail haven’t kept up with downtown housing. Knebel says this isn’t necessarily due to a lack of space, but potentially a lack of walkability.

"I think the space is there," he says. "I think the big thing there is just the environment. … I think the street is too wide, too fast, not walkable enough, doesn’t have bike facilities on it, and so the retailers have to market to a drive-by car audience. … The built environment isn’t set up very well to attract that kind of market."

When it comes to attracting retailers and businesses, Wichita finds itself in a catch-22. You need density to attract retailers, and you need retailers to create the diversity you need to have density.

It’s that critical mass of housing, retail, offices and people that has to exist before downtown can truly become a vibrant city core.

The number that seems to be thrown around a lot is 10,000 — that’s how many people we need living and working downtown to create the critical mass of density.

But that number doesn’t stay constant — it changes with how we build out our downtown. The wider we make it with development west of the river and east of Washington, the more people it’s going to take to create density.

"Our downtown keeps getting larger and larger," Ramsey says. "One of the things that we’ve always struggled with when it comes to density in Wichita is that we don’t have any natural boundaries. A lot of cities will either have a mountain on one side or a state line on one side and then you have this geographic fence that keeps density in. We don’t have any of that." 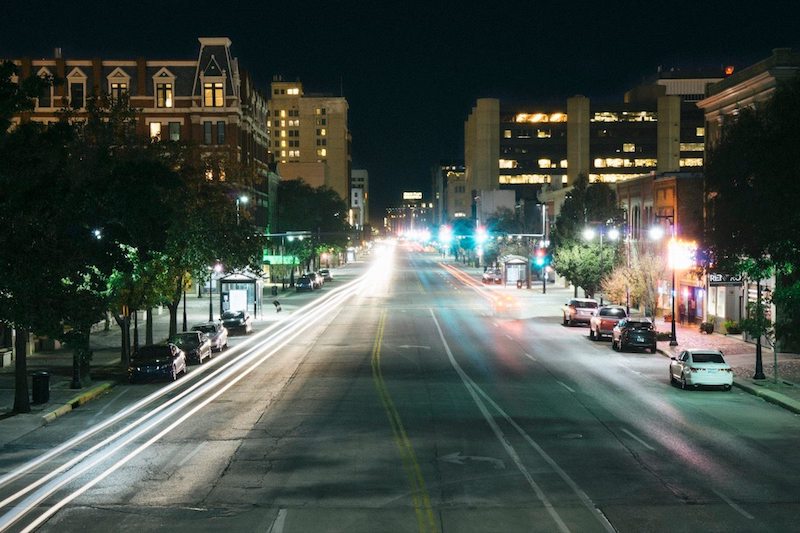 With more development on the edges, that 10,000 number could quickly become 12,000 or even 20,000. But really, there isn’t a magic number to density — and more is almost always better.

"That presumes that we’ve got some target that we hit, then we’re done," Knebel says. "And that’s not really why we’re here."

Regardless of what the number is, we’re far from it. The 2018 Downtown Report estimates that about 2,319 people are living downtown. Knebel says downtown development isn’t an overnight thing. Some of the changes being made today won’t be felt for decades, he says.

I think there is a ton of potential in downtown, and I think we’re just scratching the surface of it, myself.Scott Knebel

"That’s just the nature of this business that I’m in, where you work on things that you’re not going to live long enough to see come to fruition," he says. "I think there is a ton of potential in downtown, and I think we’re just scratching the surface of it, myself."

For Ramsey, creating diversity is a key to creating critical mass.