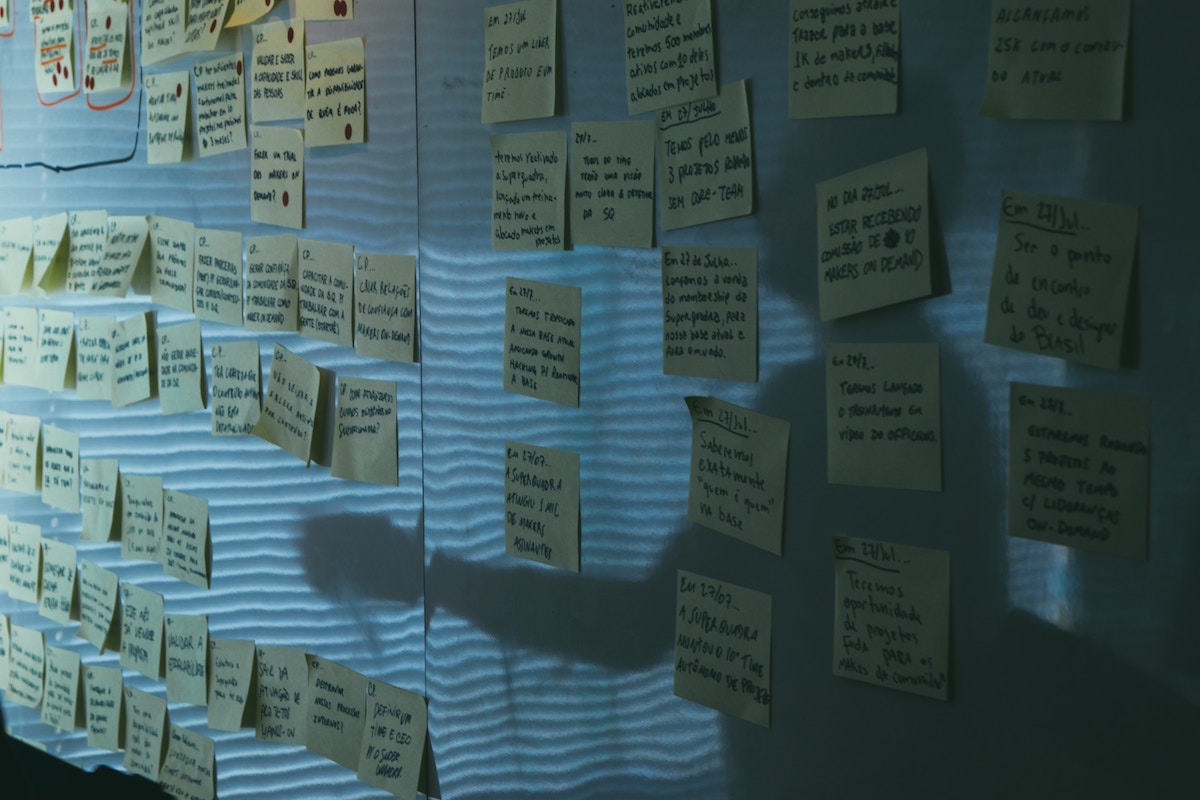 Fail early, fail often, fail forward, fail fast. We’ve all heard these entrepreneurship catchphrases before. But how do we as Wichitans actually think about failure?

We’ve all heard these entrepreneurship catchphrases before. But have we ever actually evaluated how we as a community think about failure?

Sure, failure is almost always a negative or a setback. It costs money, time, pride and sometimes trust. But, as Winston Churchill once said, "Success is not final, failure is not fatal: it is the courage to continue that counts."

So how do we encourage our entrepreneurs, many of whom are bound to fail at least once, to find the courage to continue? On the flip side, how do we think about success in a way that includes all the different definitions held by our diverse group of entrepreneurs and investors?

Watch this short video to hear about failure from those in the Wichita entrepreneurship scene:

WHAT CAN FAILURE TEACH US?

Failure is almost always telling us we were wrong about something. Maybe it was an initial business plan, a guess at the market or an investment opportunity we should’ve taken — or shouldn’t have taken.

Having the humility to learn each lesson failure throws at us is a big part of being an entrepreneur, says Trevor Crotts, President of Buddy Brands, a collection of pet brands that started with Wichita startup Buddy Rest.

"Ultimately, it’s important to understand that not every business is going to be successful, and there’s gonna be some bumps along the way," he says. "The people who I see really make it happen, aren’t the people who get lucky, or work the hardest, often times it’s the people who just don’t quit."

Crotts has navigated through the ups and downs of managing an early startup, but he says failure is still a part of managing a more mature company. He says it’s better to think of these smaller setbacks as shots on goal. Just because you miss doesn’t mean you stop shooting.

David Thorne, CEO of Legacy Book, which aims to become the Mint of estate planning with an app that manages and secures family legacies, is far earlier in the process. He says learning from failure is the only way forward for early startups.

"Failure is the best learning opportunity we get," he says. "If we don’t learn from failure, we don’t improve."

Thorne says he recently learned this with the Legacy Book alpha launch, which he calls a "big failure."

Rather than become a consumer app, Thorne says he built Legacy Book to be used by estate planners alongside their clients. But when he found out what they needed, he realized that the alpha version of the app didn’t deliver.

"It was driven from the top down that we deliver the wrong requirements," he says. "No one could use [the app]. … So we went back to rebuild requirements."

Thorne says the beta version of the app will deliver much closer to what the market needs, ensuring the failure experienced in alpha doesn’t happen again.

Just because there are valuable lessons to be learned from failure, that doesn’t mean it’s painless.

"It hurts," says Steve Hayes, owner of Five Point Ventures and co-owner of the Hayes Company. "It costs you time, but it also costs you money."

As the owner of an investment firm that deals in real estate and early-stage businesses, Hayes has to think about that last one especially.

"We’ve lost some money along the way, but the winners outnumbered the losers," he says. "Any investor probably treats their portfolio of investments like a mutual fund. You want to spread the risk. You want to look across a broad spectrum of opportunity. You can’t just invest in one. That’s like investing in one stock."

Hayes says it’s also important for investors to have a healthy perspective on failure. Not talking about it doesn’t make it go away, he says.

"If you can’t talk about failure within the business community and within investments, then you’re not a realist," he says. "Failure’s just part of life, so you have to talk about it."

If you can’t talk about failure within the business community and within investments, then you’re not a realist. … Failure’s just part of life, so you have to talk about it.Steve Hayes

When he does have to evaluate a failure, Hayes says he likes to look at what went wrong, learn the components of that failure and apply the lessons learned to a new venture or opportunity.

That’s easier said than done, especially in a community that can remember failure for months, if not years. SNT Media shuttered its doors in Wichita in February, 2018. More than a year later, it’s still the epitome of early-stage failure for this community.

But for Hayes and others in the investment and entrepreneurship world, the number of new opportunities keeps them looking forward.

"From an entrepreneurship standpoint, the new business opportunities are almost like a drug," he says. "You can’t quit looking at them. You can’t quit getting excited about them. … With that emotion behind it, it’s going to prevail — it’s going to go forward."

SETTING OUR SIGHTS ON SUCCESS

Just like failure, how we look at success is important.

"Success is a very subjective thing, you know?" Crotts says. "It’s different for everybody. For some people it’s selling your company for $20 million, for others it’s just being able to sustain a lifestyle where you can go surfing twice a week."

Crotts says creating a universal definition for success in the Wichita community isn’t fair to the entrepreneurs seeking out a version of success that might look a little different.

Thorne says the Wichita community also tends to get excited about early success without necessarily following through when that success slows. He says it’s like Wichita has a case of shiny object syndrome.

"If you’re an entrepreneur with a great hype message, [Wichita] will chase you, and they will give you all the validation and attention you want," he says. "But we have a lot of small businesses in Wichita — even medium-sized — that started up here that have never gotten attention, and never gotten support from local community, because they just went out there, and they did their job."

We have a lot of small businesses in Wichita — even medium-sized — that started up here that have never gotten attention, and never gotten support from local community, because they just went out there, and they did their job.David Thorne

Callcap was a Wichita company which saw tremendous growth that led to their founders achieving a successful $35 million exit. This is certainly the type of entrepreneurial win that we should talk about and learn from, but so are the promising startups that fizzle out or make a pivot.

"If we don’t get the balance right, we’ll continue shrinking as a community," he says. "If we start to accept our failures as small bits and pieces, and learn to learn from them, I think we can really grow as a town. Wichita has too much to offer to not believe in themselves."

Crotts says entrepreneurship is never a sure thing, and failures are bound to happen. Mitigating those failures so our companies can grow along the way is vital.

"I think the entrepreneurial community gets that," he says. "I think Wichita as a whole needs to understand that not everything is going to be exactly the way it’s planned to be, and maybe be a little bit more supportive sometimes when those companies do fail, and see if there’s something that can be done."