Freddie Mac has reported weekly 30 year mortgage rates at 4.46 percent.  This is just a single tick above last weeks reported rate.  Similar movements were reported for both the 15 year fixed rate mortgage and the 5/1 adjustable rate mortgage.  With 10 year treasuries under 2.7 percent and the Federal Reserve talking down short term increases in changes to the Fed Funds Rate, this mid 4 percent range may keep for a while. It remains to be seen if a slow down in demand due to the polar blast will have any effect into next week.

Traditionally a slow period for mortgages, winter months typically see slowing home sales.  Analysts had been projecting rates at the 5 percent range, but the forecasted increases did not materialize into the end of 2018. It remains to be seen if the slightly lower mortgage rates will quicken interest in closings. South Central Kansas monthly home sales reports can be found here.

The below chart tracks on a weekly basis reported mortgage rates from Freddie Mac.

Here is another perspective offering long term views on mortgage rates can be seen here. 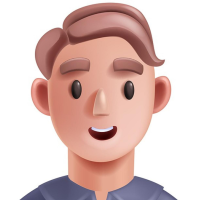